It is Cambridge Open Studios time of year.  The first four weekends of July, I will be at home and open. Do come and see me, there will be cushions in abundance, some zippy bags and cake. I will be stitching on the Bernina industrie 850, the whippet will be in attendance and we will have tidied up.

I am number 205 in the COS guide, please note the change of address from last year. we are now back at home. Hooray!

Over the land freckled with snow half-thawed
The speculating rooks at their nests cawed
And saw from elm-tops, delicate as flowers of grass,
What we below could not see, Winter pass.

October 2011, I had trapped everyone in the kitchen to help me name my new Etsy shop.   A pile of books on the table and on top was The Fox in the Attic by Richard Hughes, a good contender we thought but turned out to be in use on Etsy already.  After listing a variety of beasts and the places they might hang out, none of which rolled lightly off the tongue, I picked up the second book in the pile and Edward Thomas offered the perfect solution.

Naming can be tricky. When I was not much taller than a parrot standing on a bulldog’s back I was particularly fickle with the names I handed out; apart from Suzie and Cuddly made by my mum, I would happily change the names of all my toys as and when I felt necessary.

When it came to babies the staff in SCBU became increasingly astonished during our two week stay as Baby 1 and Baby 2 remained anonymous.  In our defence they were 6 weeks early and I didn’t want to repeat the mistakes of my youth. Baby 3 arrived 30 minutes before his due date and was named in our own time.

Pets have been named in a variety of ways, the first was after a painter, the most recent was renamed, by me, as we pulled away from his previous home. Harsh I know but a much better fit. 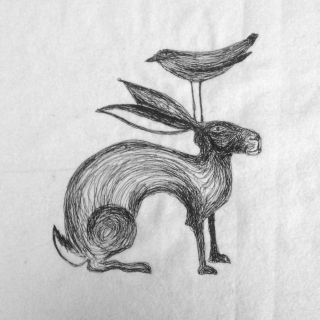 Living in East Anglia with my family and sewing machine I cover empty surfaces with scraps of fabric, search for treasure at Emmaus and the Red Cross jumble sales and take immense pleasure from making freehand machine embroidered textiles for the curious and discerning. 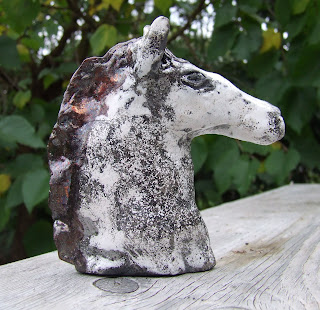 Over the land half freckled with snow half-thawed
The speculating rooks at their nests cawed,
And saw from elm-tops, delicate as a flower of grass,
What we below could not see, Winter pass.